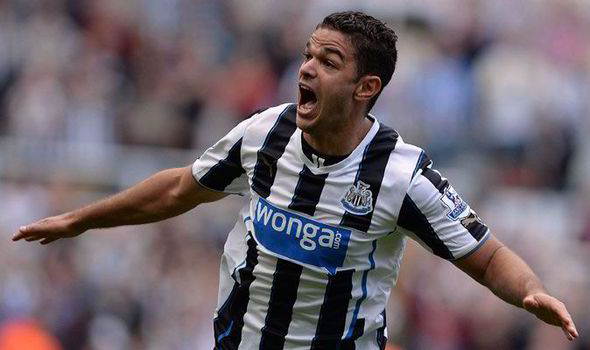 Hatem Ben Arfa has said his goodbyes to PSG ahead of his imminent summer release, however we could be seeing him back in England before long, with Leicester City lining up a deal to sign him on a free.

The Frenchman has endured a torrid time in Paris, with his dream move soon turning into a nightmare.

He’s been demoted to the reserves and recently admitting that he ‘doesn’t exist anymore’ after failing to play a single game for the French champions all season.

Despite his difficult year, we could yet see the 31-year-old return to the Premier League, with the Chronicle claiming that Leicester boss Claude Puel has a ‘big interest’ in being reunited with the former NUFC star.

He might be getting on, but you can see this one happening, with Ben Arfa hitting a stunning 17 goals during the 2015/16 season with Nice (then managed by Puel).

Here’s what he’s had to say on his personal Instagram account, admitting that he will soon leave PSG:

“Soon it is the end of my adventure at PSG.

“Despite difficult times, I am happy to have worn this jersey.

“I will keep wonderful memories with my PSG teammates.

“Through this message I take the opportunity to thank the many supporters . . . I will like always this club.”

It’s inevitable that we’ll see NUFC fans pleading with Rafa Benitez to bring Hatem back to Tyneside, but this one really is a non stater.

He’s a sublime talent on his day, but Benitez teams are built around discipline and team players – two traits that we’ll all admit Ben Arfa lacks.

Good luck to the lad if he does move to Leicester – I’ll always have a soft spot for a player whose given us some unforgettable moments of magic at St James’ Park.